Tyra Cox shares her experience of Next Up Winnipeg 3, upon graduation 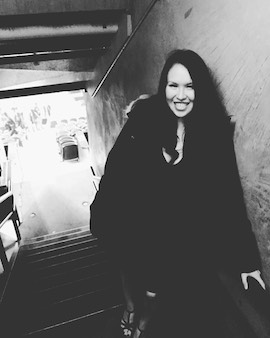 As an Indigenous woman occupying space in Treaty 1 Territory and the Homelands of the Metis Nation where neither is my kin or bloodline . . . often I have felt displaced. My blood memory is from that of Northwest Territories (Dene Nation,) and White sands/Sagamock from Ontario (Anishinabek Nation,) and I have lived in Winnipeg, Manitoba for the greater part of my life.

Over the period of the last 9 months and now graduating as a Next Up alumni, I feel as if I have found a kinship network that is intricate to my belonging in this territory. Social Justice advocates are a one-of-a-kind community, and sometimes when I had been living in different communities other than Winnipeg, they are like finding needles in a haystack. Next Up gathers talented and hard working social, environmental, and leadership advocates in a group setting where we learn to project change in society for the betterment of the communities we come from.

The youth are from such different communities. For example if you look at me, an Indigenous community advocate, any one of my colleagues in the program could be a food security advocate, a mental health advocate, or a LGBTQ advocate. Even though we have different causes we stand up for, with the growth of our relationship through the program, now we stand up for one another in unison, which makes a more unified voice within the community with different skills that I believe will impact greater change in the years to come! I came to this program recently integrating into Winnipeg, after moving, and I was ready to create a community for myself. I never felt displaced with these vibrant young people and mentors because they always take the first step forward in being a good ally, community member, and future nation builders. The skills learned, the issues presented, and the concepts of change theory will challenge all of us to keep pushing each other, and also the work that we do, for the rest of our lives. With the change created by past alumni, I am excited to contribute to our growing networks’ initiatives, in the future and beyond.

To read more about Tyra, her volunteer projects, and her work as an Indigenous Community Projects and Initiatives Coordinator for the City of Winnipeg, you can find her bio here, on our website.