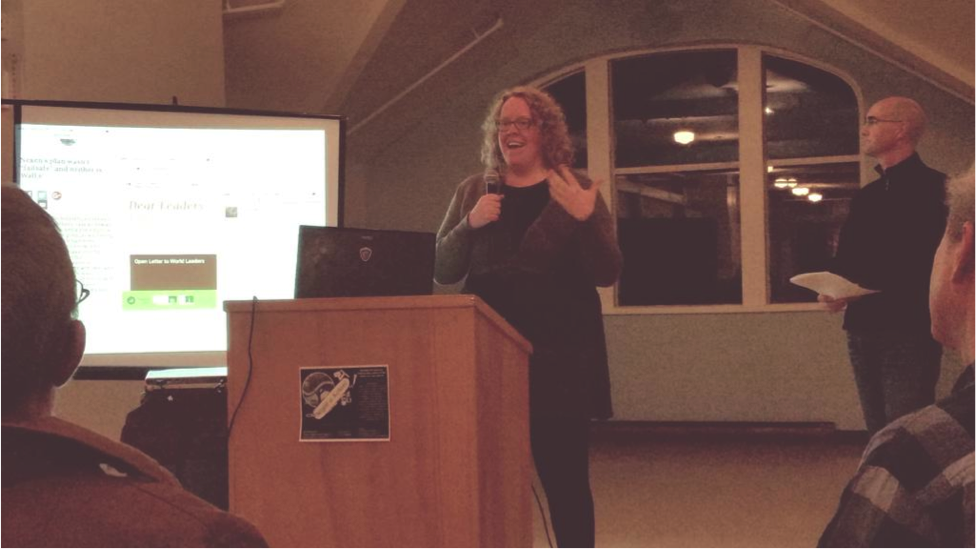 Saskatoon’s growing Next Up community contributed to the evening at every level: Next Up alum Hilary Gough shared her knowledge of social media; Sarina Gersher shed light on the ins-and-outs of Saskatoon City Council; current participant Jenna Gall spoke engagingly on behalf of SES about some of the most pressing problems that might be addressed by municipal action; Next Up Saskatchewan Coordinator Tracey Mitchell shared her letter-writing expertise to help galvanize attendees into action; and the crowd was full of members of the current Next Up cohort eager to learn about these issues and contribute to addressing them.

Given the dynamic approach to the evening and the engaged turnout, it seems certain that this will be only the first of many Nights of Action in Saskatoon. And, given their contribution in helping to shape the evening, you can expect Saskatoon’s Next Up community to continue to be involved in any future events.