Next Up Saskatchewan's 2015-16 cohort, the eighth group in six years of programming in Saskatchewan, planned a unique celebration for their graduation on May 16, 2016. The group formed an entertainment committee, a decorating committee, a program committee and a pay-it-forward committee to plan for the amazing and unique event.

At the event, an original song was performed by members of the group, while others decorated, creating a thank you wall in multiple languages, placed centrepieces with bios and photos of grads on the tables, and created a photo booth among other colourful decorations.

Next Up participants spoke eloquently about their experience of the program, thanked presenters, donors and community members, and received their certificates. At the request of the grads, guests also contributed items and funds for the Saskatoon Food Bank and Learning Centre which has provided meeting space to Next Up for the past five years. 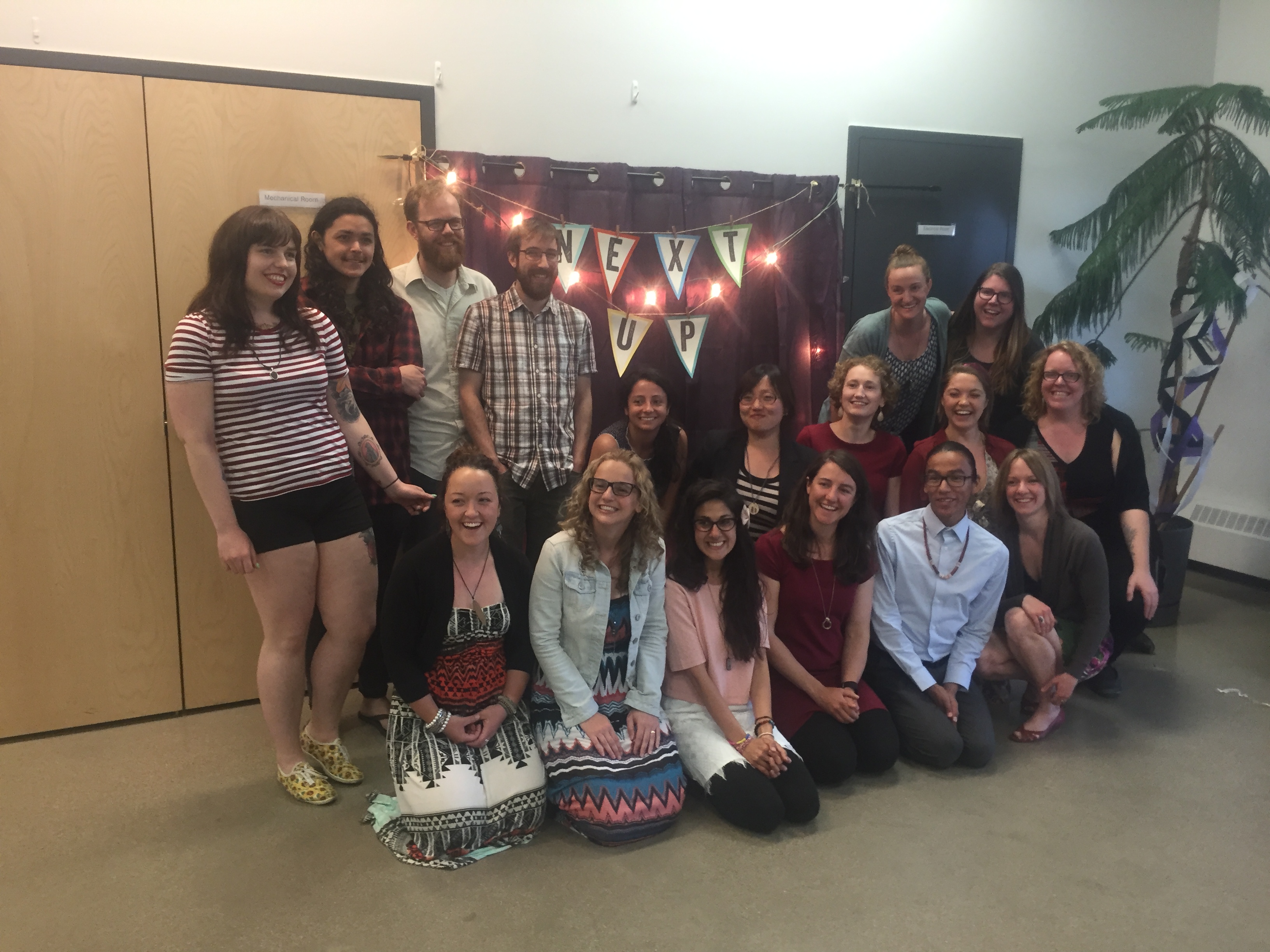