Congratulations to Next Up alumni elected to Saskatoon City Council

Congratulations to Next Up alumni Sarina Gersher and Hilary Gough who were elected to Saskatoon City Council on October 26, 2016. Gersher is a GIS analyst has worked at Meewasin Valley Authority, was a board member of Saskatchewan Environmental Society, and was a founding member of Bus Riders of Saskatoon. She completed Next Up in 2013. Gough has been Operations Manager at Upstream Action, a non-profit organization focused on social determinants of health. She has also been an active member of Saskatoon Cycles and a mentor at The Princess Shop. She completed Next Up in 2014. 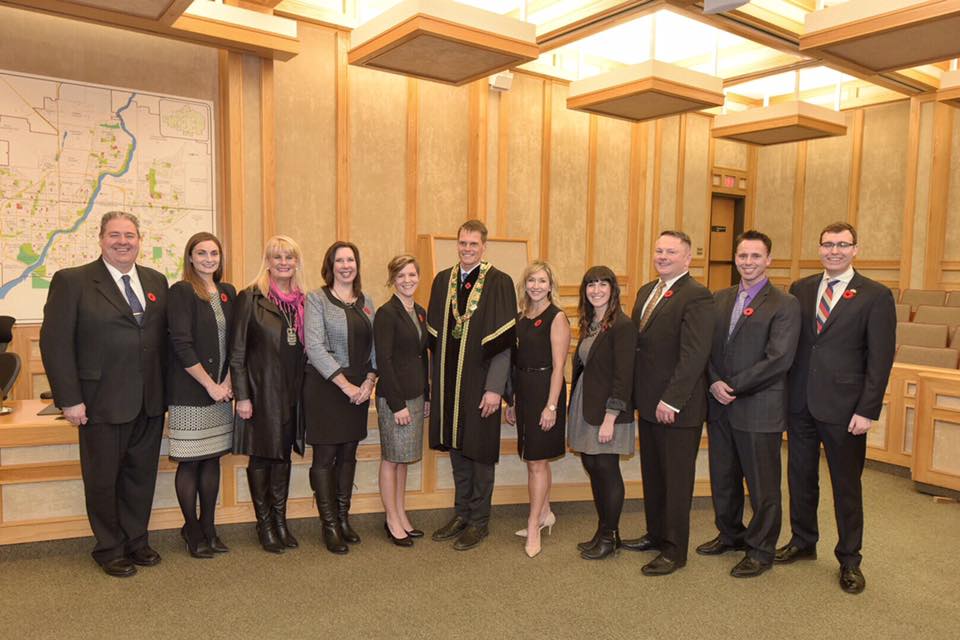 Saskatoon's new City Council. Next Up alumni Hilary Gough (fifth from Left) and Sarina Gersher (fourth from Right) were elected on October 26, 2016.