On November 14, 2015, Janelle Pewapsconias won the 2015 Multicultural Youth Leadership award at the Multicultural Honours event held by Multicultural Council of Saskatchewan in Regina. Janelle is an alumnus of the 2014 Next Up: First Nation and Métis Youth in Action program and facilitator of the program in 2015. 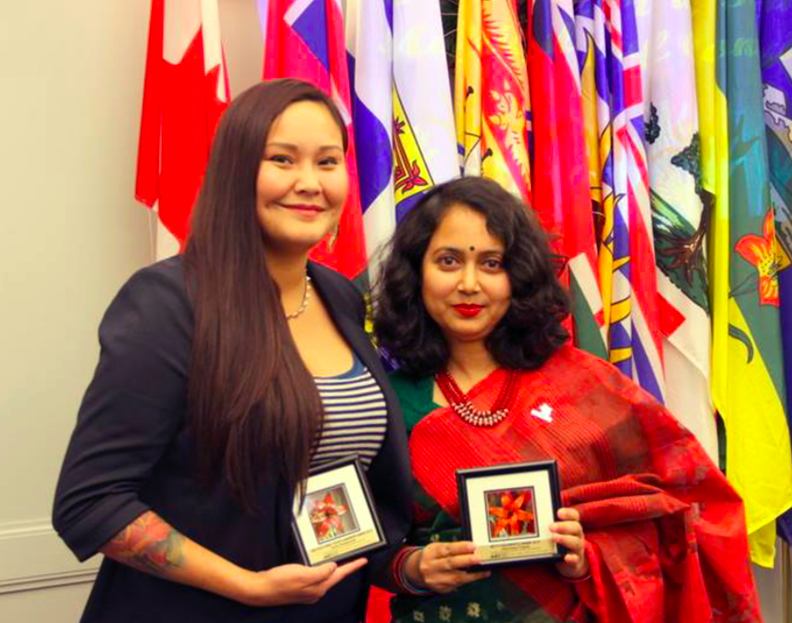 Janelle has also worked with Canadian Roots Exchange as a reconciliation leader, been involved in climate justice organizing in Saskatoon including presenting at the Saskatchewan Citizens Hearings on Climate Change in 2013. She also worked with the University of Saskatchewan Building Bridges program to build relationships and share knowledge between international students and indigenous students. Janelle is also a mother and has created her own board game called Neeched Up.

Congratulations to Janelle on this well-deserved honour!

Picture courtesy of the MCOS blog. 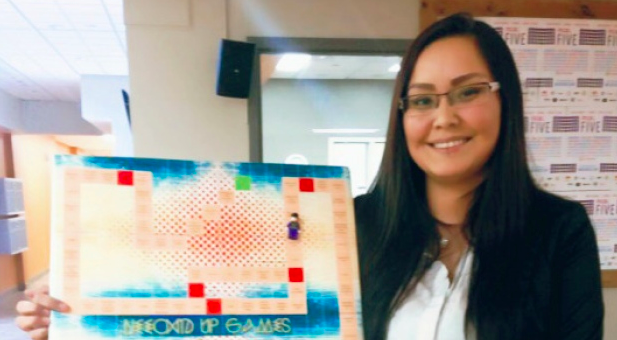 "It's similar to the Game of Life but incorporates indigenous teachings and tools," said Janelle Pewapsconias, creator of Neeched Up Games.A Saskatchewan woman has created a board game to teach indigenous history and culture.

It uses humour to guide people through the different stages of life.

Players start off as an indigenous youth either coming from a reserve, a town, or a city. Through the game players will be faced with life decisions, comedy, and trivia as they transition from a youth, to a young adult, to an older adult, to eventually an elder. The first decision players encounter is to decide whether to go to college or start a career. The career path is shorter than the college route but you gain more resilience points by going to school. "At the end of each game, it's not the amount of money that wins you the game, it's the amount of resilience points, the amount of strength in your character and the experiences you have in your life that makes you the winner," said Pewapsconias.

She got the idea five years ago after Christmas supper with her family at Little Pine First Nation. "I wanted an activity for us while we were going through those turkey comas," said Pewapsconias. The idea grew from her family's living room to workshops with youth and young adults.  "I knew I had something," said Pewapsconias. She began to build her start-up company Neeched Up Games. She uses the board game as a teaching tool. Pewapsconias works with youth organizations in Saskatoon, and has traveled to Prince Edward Island and Manitoba to facilitate workshops. Pewapsconias says the business promotes decolonised education and the empowerment of indigenous peoples by teaching cultural history and contemporary lifestyles.

Pewapsconias hopes to one day put both a board game and card game into production as well as develop an app.