Lauren Montgomery, a graduate of the third round of Next Up Ottawa, is a PhD student and Chair of the Women's Caucus at CUPE 4600, the union representing teaching assistants and contract instructors at Carleton University. Lauren has been on the front lines in a struggle by Carleton students and unions to compel the university to improve their sexual assault policy. 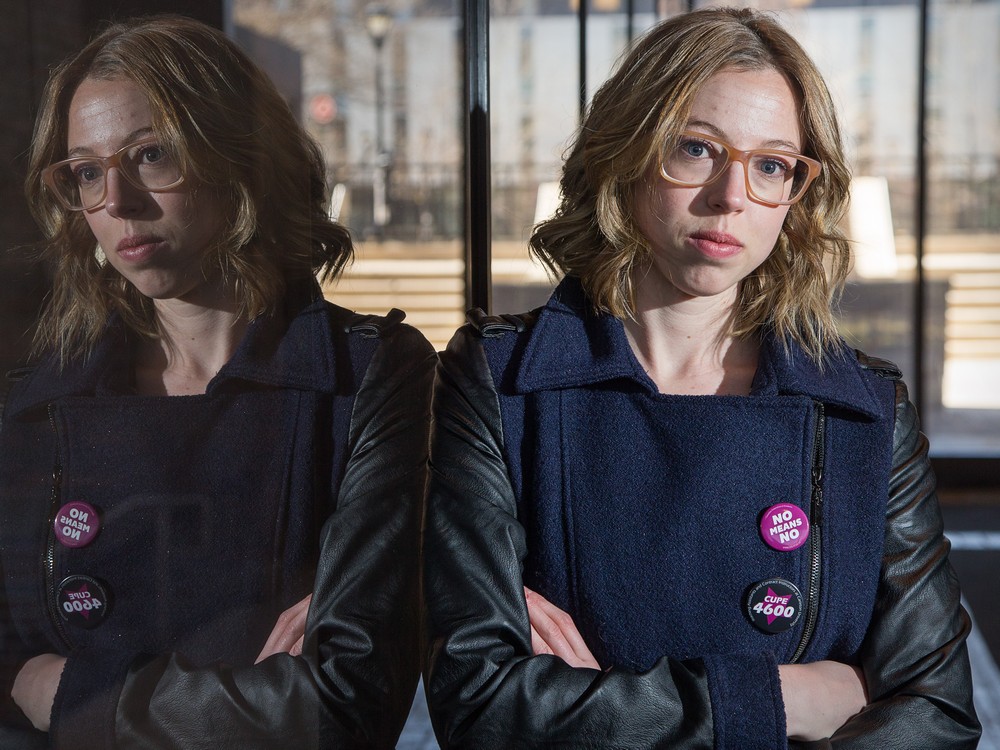 “I want to see prevention mechanisms that are really concrete, like mandatory consent training for everyone on campus. I want it to be embedded in the curriculum. I want it to be something that’s a part of courses,” Lauren told the Ottawa Citizen; the story was recently featured on their front page.

A dispute over the term “rape culture” has set Carleton students and unions against university administrators as the school tries to rewrite its policy on sexual violence.

On one side are survivors of sexual assault, outreach workers and their supporters who want the university to acknowledge a “rape culture” exists on campus. They’re furious that members of the school administration boycotted a “stakeholders” meeting earlier this month to discuss a draft of the policy.

Read the full story and watch the interview with Lauren here.