We are excited to announce our speakers lineup for this year's Indigenous Youth in Action BC. Over four days, we're bringing together some incredible presenters to impart wisdom, share some skills, and inspire.

This year, we welcome as guests and facilitators: 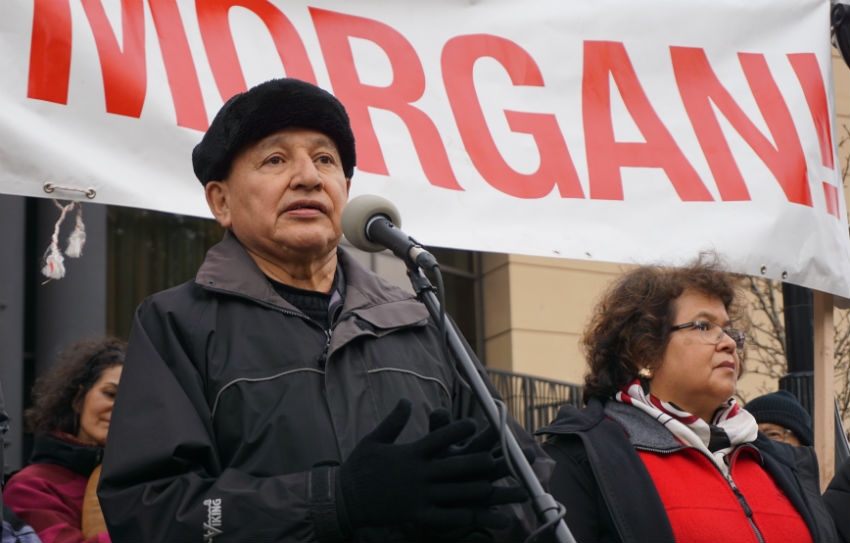 Grand Chief Stewart Phillip, who is currently serving his 5th 3-year term as President of the Union of BC Indian Chiefs. He also serves as chair of the Okanagan Nation Alliance. He served as Chief of the Penticton Indian Band for 14 years. In 2006, the Okanagan Nation presented him the honourable title of Grand Chief in recognition of his lifetime devotion to the defense of Indigenous peoples' title and rights.

sχɬemtəna:t, St’agid Jaad, Audrey Siegl, an independent activist from the unceded lands of the Musqueam. She has been active on grassroots environmental and social justice-political frontline movements. Audrey has worked on raising awareness on MMIW, Downtown Eastside issues including housing, the Fentanyl crisis, and displacement. She has worked to highlight the connections between extractive industry projects and violations of First Nations, land and human rights.

Shane Pointe, proud member of the Point family and equally proud member of the Coast Salish Nation. As a member of the Musqueam Indian Band, Shane uses his knowledge of language, culture and ceremony to help his family, community and many others from around the world to come to a balance. Shane's motto is "Nutsamaht." (We are one.)

Jackie Wong, our media trainer. Jackie is a journalist in Vancouver writing about race, ​equity, ​mental health, and addiction, publishing in magazines online and in print.​ Earlier this year, she wrote two multi-part series about B.C.'s overdose crisis for the Tyee Solutions Society​. She will be publishing magazine features later this year on connections between the HIV/AIDS epidemic of the 1990s and the current overdose crisis, on undocumented people in Vancouver in the age of Donald Trump, and on racism and colonialism on Canadian university campuses.

Eugene Kung, a staff lawyer with West Coast Environmental Law. Eugene will draw on his legal knowledge and expertise as it relates to land defense and Indigenous rights. He is working on the fight to stop the Kinder Morgan TransMountain expansion project, as well as with RELAW - Revitalizing Indigenous Law for land, air and water. 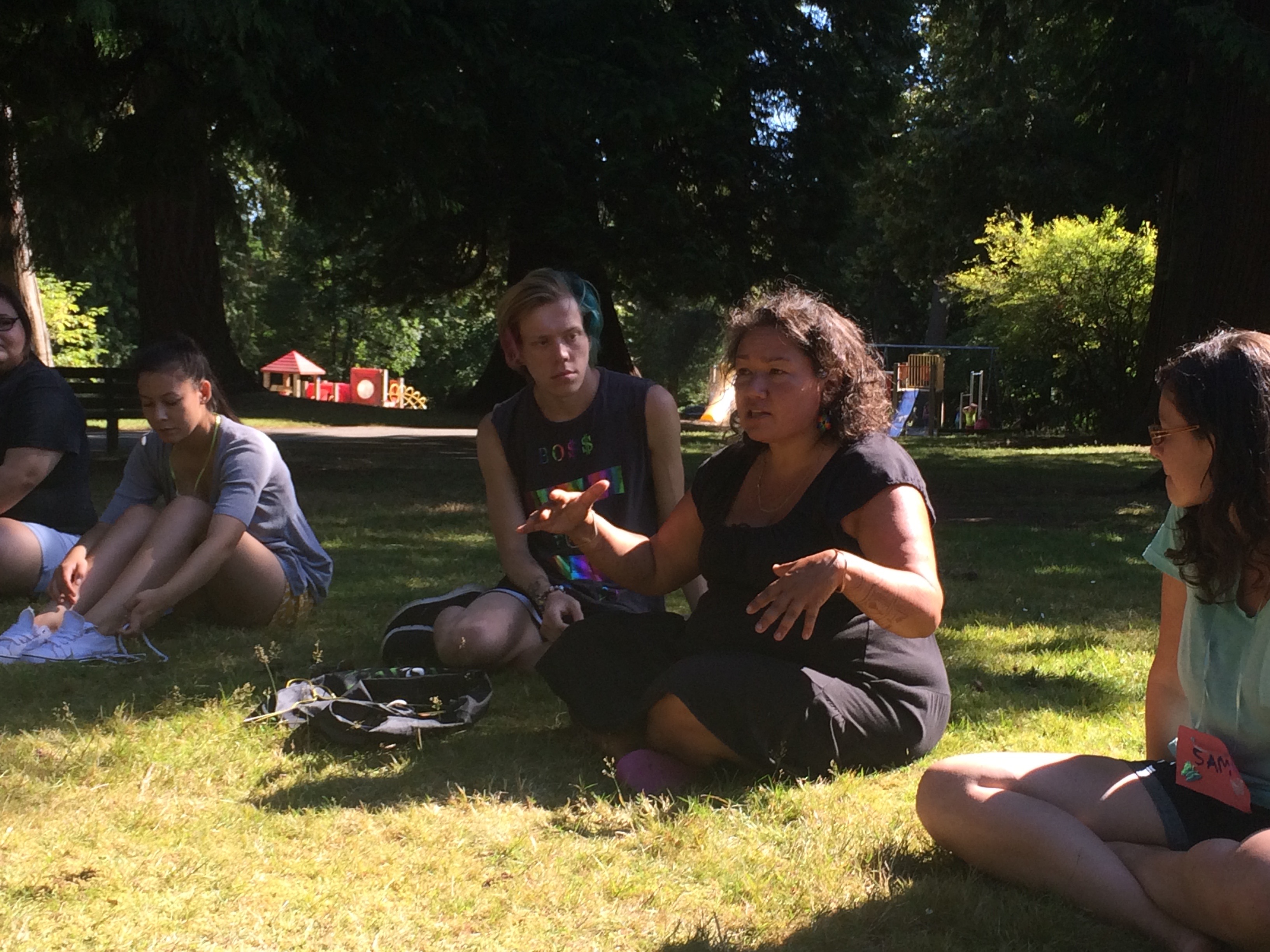 Kim Haxton, a multifaceted, multidimensional educator, is rooted in knowledge and steeped in community. She is Potowatami from Wasauksing. She has worked across Turtle Island and abroad in various capacities, always emphasizing local leadership development toward genuine healing. In her work with IndigenEYEZ, a creative arts based organization she co-founded, Kim works with Indigenous communities toward decolonization and liberation.

Allan Thomas Lindley, who is Sylix (Okanagan), Nlaka'pamux (Thompson), and Mistawasis (Cree) First Nations from the Nicola Valley in Merritt, BC. Allan is a member of the Spaxomin (Upper Nicola) Band, and an acknowledged land visitor to these territories.

Allan has worked for RainCity Housing and Support Society in the DTES since 2008 and is currently the Manager of Indigenous Services. He has worked with homeless LGBTQ2S+ youth and with communities in reclaiming and remembering Two-Spirit/Trans/Gender Variant identities, culture, and history. In this work, Much of what Allan brings has been passed down from his grandmothers. Allan also works in Sylix language reclamation/research, and enjoys making music, exploring/traveling, and storytelling. 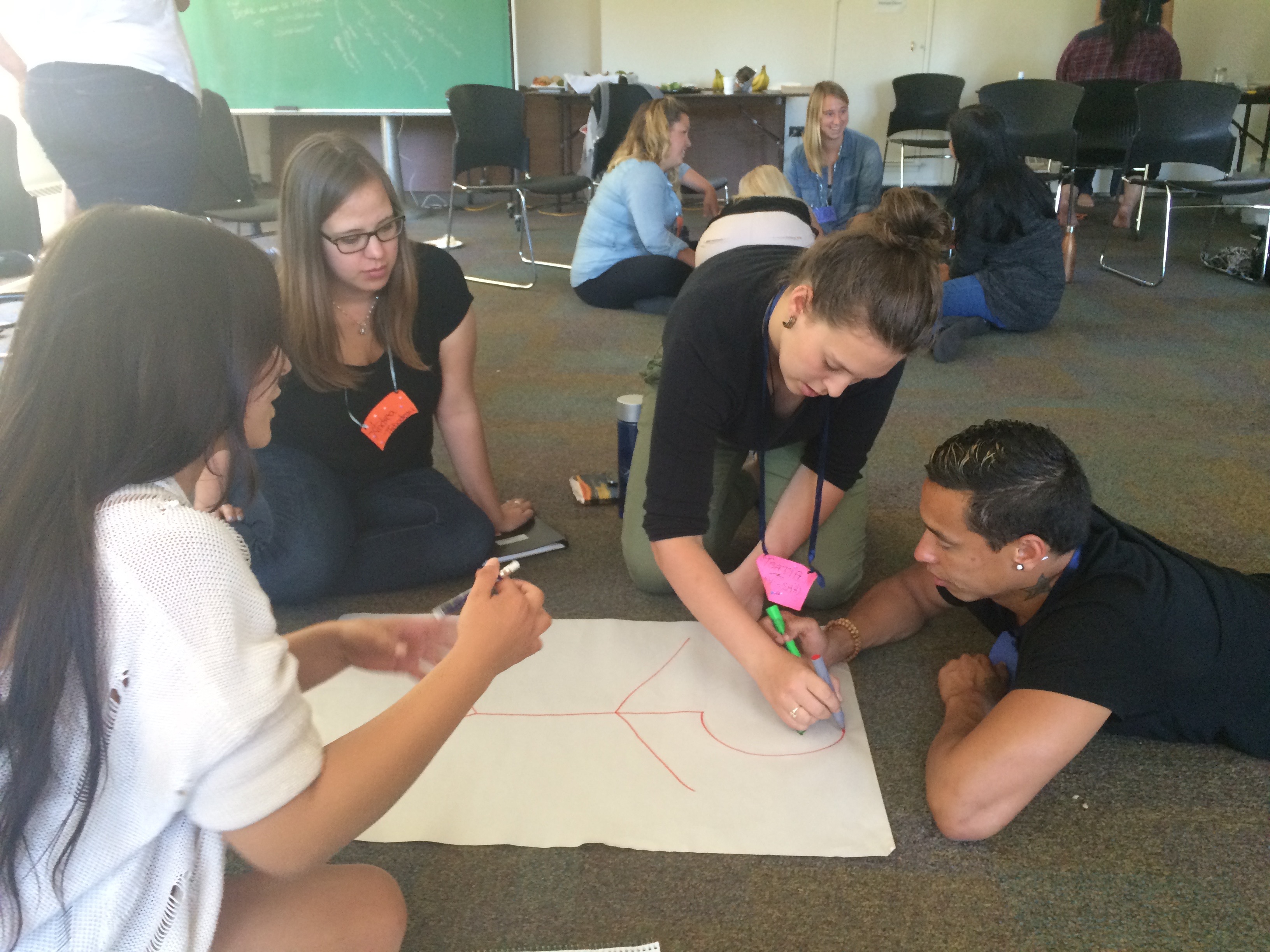 Tekatsi’tsaneken Little Bear Everstz, a proud member of the Bear Clan, under the Shoskoharowane' title - hailing from the Kanien’kehaka (People of the Flint) Mohawk Nation Territory of Kahnawake, located along the southern shore of the St. Laurence River in present-day Montreal, Quebec. He has over 20 years of experience in youth advocacy and engagement, cultural knowledge facilitation and program implementation.

At Indigenous Youth in Action BC, happening Aug. 17-20, young people will gather from across BC to learn about different Indigenous sovereignty struggles, imagine how to create stronger community, and explore what makes certain groups successful at defending the land and culture.

To learn more and to register for this free program, click here. The registration deadline is Thursday, Aug. 3. If you missed the deadline but would still like to attend, contact Sam at [email protected]