Edmonton's newest historian laureate is not your typical historian

In fact, he's a far cry from the traditional history professor in many ways, but that didn't stop him from becoming Edmonton's latest historian laureate. That he's atypical is perhaps the most exciting thing about his new position, he said. 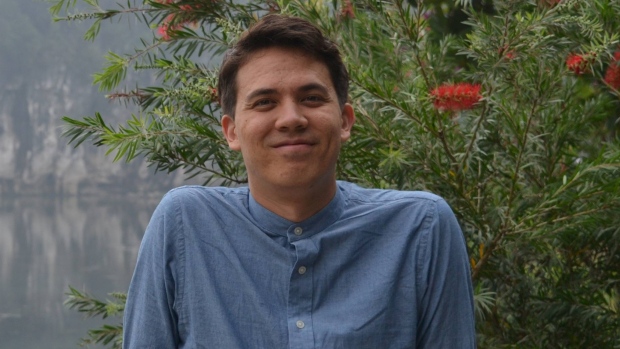 "Part of the thing that I'm excited to do as the historian laureate is to be a role model, to show that you can be excited and engaged about history even if you're not a history professor," Chang-Yen Phillips told CBC's Radio Active. "You can be young, queer and a person of colour and still be passionate and engaged."

Chang-Yen Phillips is the city's fourth historian laureate and its youngest. He began his two-year term at the beginning of April, taking the reigns from Danielle Metcalfe-Chenail. He says he wants to study the aspects of Edmonton's history that aren't typically discussed.

"I'm really curious about queer history, and I'm really excited about natural history, about the connection between culture and nature," Chang-Yen Phillips said. "I think there is so much that's been part of our city's history that doesn't usually get involved in the narrative."

Chang-Yen Phillips was born and raised in Edmonton. He studied international development and environmental studies at Trent University. He was the founder of Shareable Neighbourhood, a volunteer-run organization that encouraged people to share what they know of local Edmonton history through events like neighbourhood tours and a local filmmakers showcase. Before being selected for the position Chang-Yen Phillips explored Edmonton's history as a journalist. He worked previously at CBC and works currently as news coordinator at CJSR. Chang-Yen Phillips says it's fitting a journalist becomes the historian laureate, since the adage goes "journalists write the first draft of history."

"I think the journalistic role really just gives me the curiosity and also some of the skills to find about what's interesting to a general audience." Chang-Yen Phillips says that a big part of his job as laureate is to be a cheerleader to get other people excited about history. "I'm going to try and amplify the voices of those people in the city." 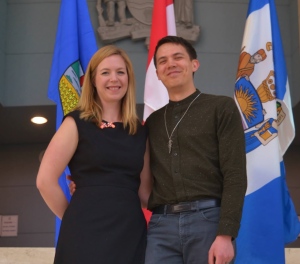