A new year with new roles 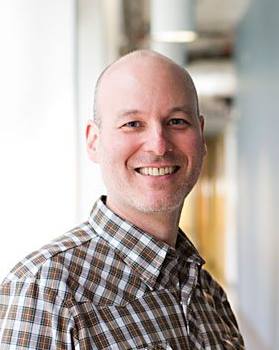 I’m just back from a Next UP team meeting in Calgary, where we planned the rest of this program year. I’ve come away from that meeting so inspired by the small yet mighty team that coordinates Next Up across the country, and so excited about the future of Next UP and all of our training programs here at genius. Our planning meeting also left me feeling like this work and organization is in great hands, as I plan for my transition out of my current role at genius in the new year.

In our Calgary meeting, we took time to reflect on some of the amazing moments of the last ten-plus years and some of the excellent stories in our network. We don’t take credit for all of the wonderful things that someone who’s been through one of our training programs does; however, we’ve heard from enough grads over the years to know that, for many people, things that they learned and people that they met in their programs have helped grads in their own justice work and journeys.

With ten years of Next UP, four years of Organize BC and three of CanRoots West, we have provided training for well over 1,600 people who are working for justice in a multitude of ways. Through Organize BC, we now offer a host of programs that include the core trainings, Organizing 2.0, CanRoots West, Firelight Campaign School, custom workshops and more. (OBC will also be working in Alberta in 2018 – more to come on that in the New Year!). Through Next UP, we offer training programs in 7 cities located in BC, Alberta, Saskatchewan, Manitoba and Ontario. We’ve also implemented a number of new Next UP programs such as 3-day intensives, the Climate Leadership Program in Alberta, a francophone version of Next UP in Edmonton, the Indigenous Youth in Action program in partnership with the great folks at IndigenEYEZ, and, we have more ideas in development. When I look at the programming we’re doing across the country in addition to the projects that we have helped to incubate, namely the HUA foundation, Spirited Social Change and Frontrunner, I feel a sense of accomplishment, a deep sense of gratitude, and excitement about what the next stage of genius’s growth might look like.

In addition to offering new kinds of training formats, we’ve also put in place a lot of the un-glamorous but essential foundational background systems for genius over the past three years. When I think about how far we’ve come as an organization, from having one person working two days a week at the beginning of this journey to now having a super strong team of eleven people working across the country, it feels like a fine time for me to pass the torch.

In January, I’ll be transitioning to a new job and out of my role as the Executive Director of genius. (Starting January 2nd I’ll be moving into a new role with the Labour Department at the United Way of the Lower Mainland where I’ll get to work closely with unions in the region, which I’m excited about.) We will be posting for a new genius Executive Director shortly, and I encourage those of you who might be interested to take time over the winter break to seriously consider applying for the position, or think about other people you know who might be strong candidates.

For the next few months the awesome Tracey Mitchell, our Next UP Prairie Program Manager, will be the acting Executive Director of genius, as the board searches for and hires my replacement. I’ll continue to work with Tracey and the board during this process as an advisor and in supporting some transition pieces. Once the transition is complete, I’ll be stepping away from genius entirely.

It’s been such a great journey and a real honour to be able to do this work over the past 12 years. It’s hard for me believe that this project has consumed my focus for over a decade. Since we first discussed, back in 2005, the idea for what eventually became Next UP, I have met and worked with so many committed, smart, and strategic people doing incredible work to advance justice at all levels across the country. I’ve lost count of how many people I’ve met whose work and courage have inspired me.

Along the way, anytime I began to feel down about the state of the world and the many fronts that we all work on for justice, I have always been able to look at the amazing work that people are doing in our network, reminding me that this work takes time, that we’re in it for the long term, that even victories need to be defended, and that powerful changes can come from so many places and fronts. The past few years I have found myself working with more and more grads from our various programs who are now colleagues and co-conspirators. About once every two weeks I will have a conversation with an alum about the work that they’re doing in their community and we will talk over strategies and approaches for their respective efforts. It’s a pretty great feeling to be part of these conversations.

The work we’ve done here is not perfect. It never will be. And, I’m proud of how far we’ve come and what we’ve accomplished so far, and, I can’t wait to see where the work goes next.

To all of the partners and funders of our work over the years, thank you so, so much. Seriously, without your belief in this idea and your support, none of this would have happened. To the many people who have offered their time and talents as advisors, session guests, and supporters…thank you. You are brilliant and the world is truly a better place because of the work that you do in it.

So, thank you all so much for all that you do to build a better world in all of your communities. I’ve come to understand that leadership appears in so many forms and that the work can be advanced from so many leverage points, from those who seek elected office to folks working on the ground in all kinds of community organizing efforts.

Let me wrap up this message by asking you to help with Next UP’s current fundraising effort. In the last few weeks, you’ve heard from Juliana, Janelle, and Paula about the difference Next Up made in their lives and why your support matters, particularly in helping make this program more accessible going forward. And you’ve heard from Kamil, who is excited to be part of our Edmonton program next year and who will benefit from ASL interpretation, paid for through the Accessibility Fund we created in December. Your monthly contribution or single gift in any amount is eligible for a tax receipt and will help to share Next UP with many more people over the coming years. Thank you so much to those that have already given in recent weeks, and over the last many years. We couldn’t do this work without you.

Thanks to all of you again for being so awesome.

See you out there soon.

With love and gratitude,